An endeavour to fly Higher, Longer and Faster whilst developing the human capability, procedures, protocols, equipment & technology to enable future space travellers to return safely from high-altitude / low-Earth-orbit in the event of a space emergency.

The NewSpace and emerging Space Tourism industries urgently need a method to safely and efficiently bring people – crew, passengers and tourists – back to Earth in the event of catastrophic spacecraft failure, or space emergency.

Currently there is no Plan B… no ‘Life Vest’ for space!

The FreeFly Astronaut Project was founded in 2009 by ‘Father of FreeFly’ Olav Zipser.

Develop the human capability, procedures, protocols, equipment & technology to fly Higher, Longer and Faster – building up to a sub-orbital human re-entry from above the 100 km Kármán Line… a true space altitude!

A range of new generation Bio-Mechanical Flex-Wing Space Activity Suits is being developed, and will be tested & proven as the project progresses through its various milestones.

Once we achieve the world’s first true SpaceDive, we’ll have solved one of the great issues of safety in human space flight – and achieved a goal that will benefit every space traveller in the future.

Each of our target altitude missions will set multiple aeronautic and astronautic records – and each successive mission will break them, and set them anew.

Our achievements collectively will make a significant impact on the future of human space flight and an immeasurable contribution towards shaping the next generation of aeronautic, astronautic, and NewSpace related technologies, markets, and industries.

Tell us about your specialist skills and experience.

Apply to be part of our team, an official advisor, or one of our test pilots.

Join us and be part of not only the world’s first true SpaceDive, but also the development of procedures, protocols, equipment & technology toward saving lives in this exciting era of private spaceflight and space tourism.

Limited information will be made publicly available.

More information will be provided to registered and approved community members. 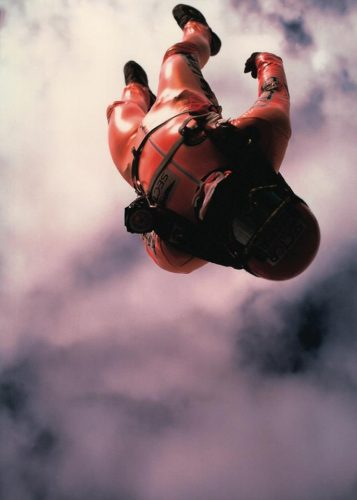 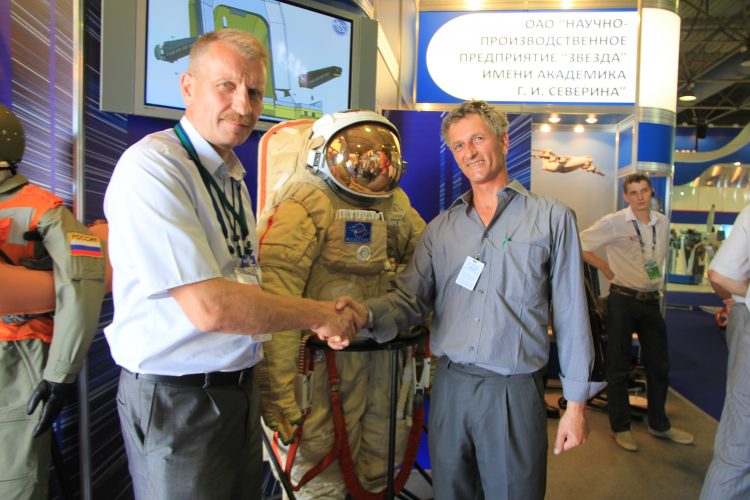 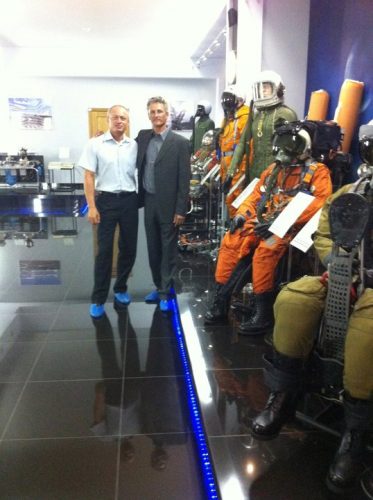 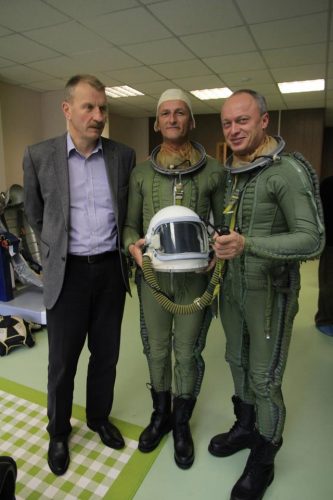 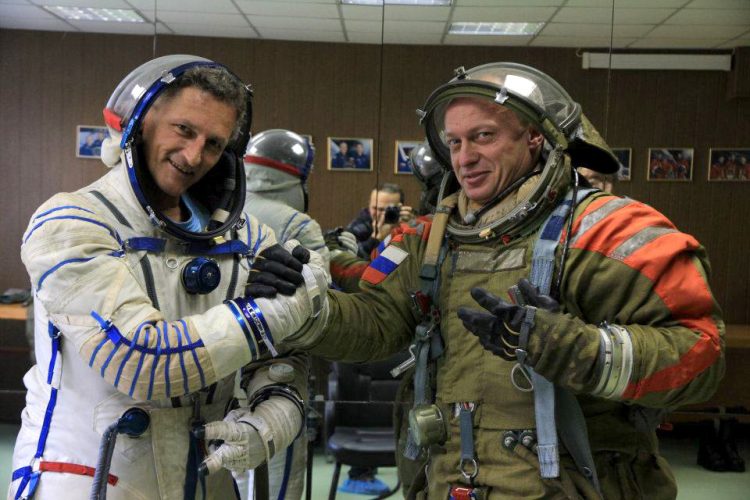 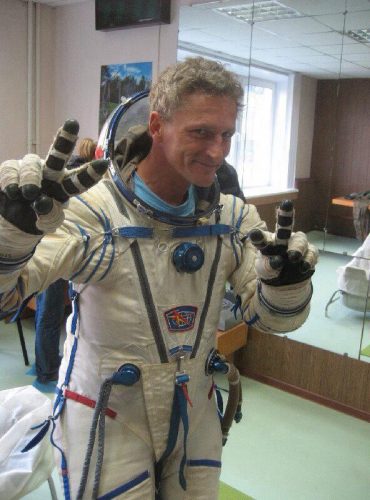 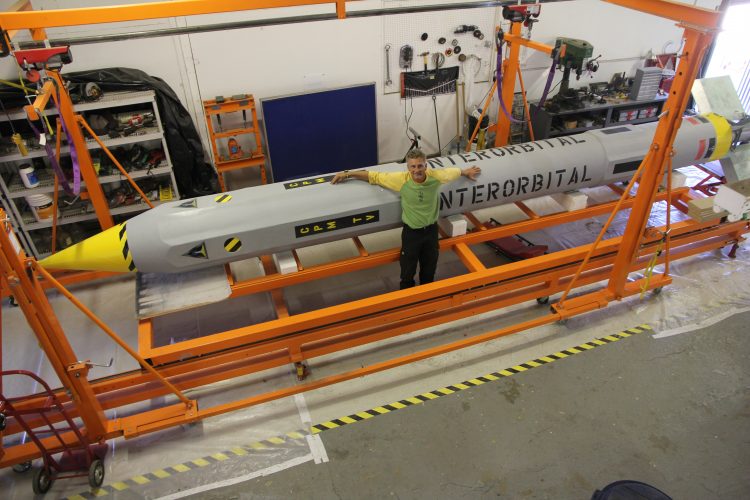 Pioneer of FreeFly and founder of; The First School of Modern SkyFlying; Atmosphere Dolphin FreeFly Licence Program; Space Games; and FreeFly Astronaut Project, Olav has dedicated 30 years of his life to research, development, teaching and training in human body flight around the world. 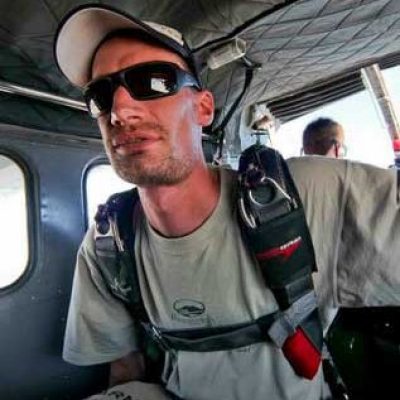 Mike Rumble
Mike has worked closely with Olav on developing the FreeFly Astronaut Project since the pair teamed up for the SkyDive for Rhinos campaign, which raised funds for on-the-ground, front-line anti-poaching efforts in South Africa.

Our team includes the support of specialists, pioneers and visionaries from around the world… 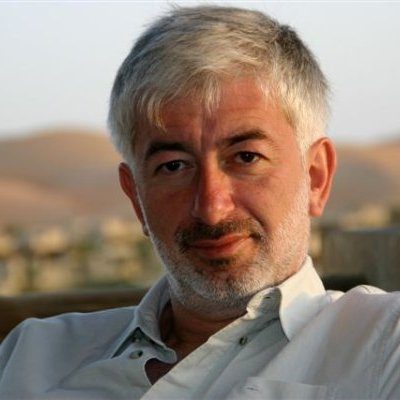 Gregory Gottlieb
Gregory’s 20 year career in the British Army culminated in his appointment as the UK Ministry of Defence Officer responsible for all counter-terrorism and special forces aviation equipment requirements.

A recognised global expert in the development and operation of lighter-than-air technologies, Gregory is a senior aerospace executive and MD of Airships Arabia. 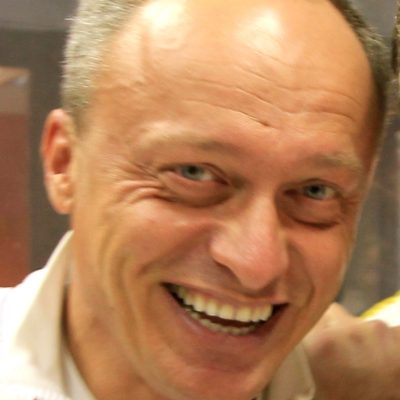 Energia is the largest company of the Russian space industry and one of its key players. It is responsible for all operations involving human spaceflight, is the lead developer of the Soyuz and Progress spacecraft, and the Russian end of the International Space Station. Energia is Russia's major contractor for its manned space program, responsible for all Russian flight operations. 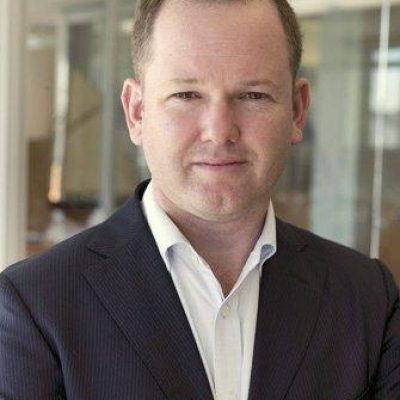 John has held several C-level positions in both private and publicly traded companies along with creating several technology based ventures.

UPT’s inventions and innovations have earned the company numerous prestigious awards, and greatly enhanced skydiving safety around the world.

Mads Larsen
Mads Larsen is the Co-founder of Larsen & Brusgaard (L&B), a mechanical and electronic engineer, inventor and successful entrepreneur.

L&B design and manufacture specialist digital equipment for the skydiving industry worldwide, their numerous inventions have greatly enhanced skydiving safety around the world. 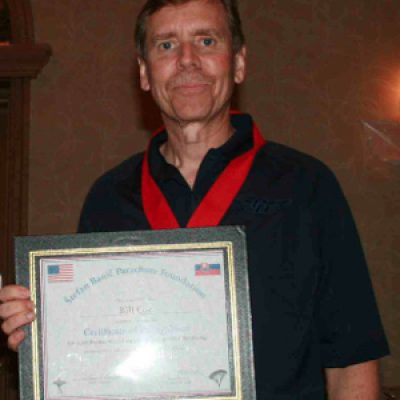 Over 35 years the company has grown to more than 300 employees and builds 300+ varieties of parachutes. 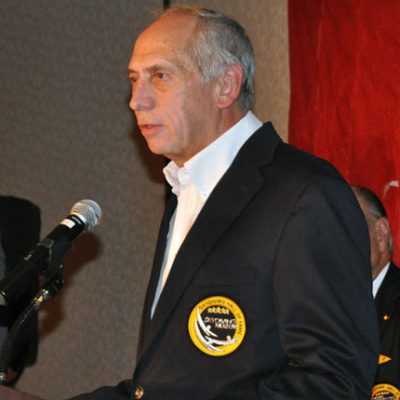 Helmut Cloth
Helmut is the founder and President of Airtec GmbH & Co.KG Safety Systems, and the inventor of the CYbernetic Parachute RElease System (CYPRES).

Helmut has received every major award for his technical achievements, and CYPRES has been bestowed with some of the highest awards in the skydiving and aviation industries. 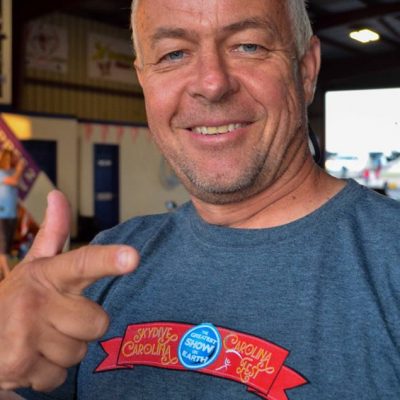 Graham Field
A highly accomplished veteran skydiver with 30+ years in the sport, Graham was involved in the design and testing of modern day ram air parachutes, holds 32 national titles, and has been awarded Aero Club Gold Wings in recognition for outstanding service to sports aviation.

Graham is the Chairman of Parachute Association of South Africa, a Show Jump Operator, and Drop Zone Operator / Chief Instructor for a number of drop zones in South Africa, Qatar and the Maldives. 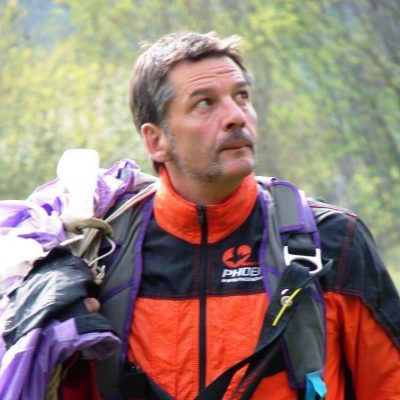 He has provided his expertise to a number of extreme projects including Redbull Stratos and Redbull English Channel Crossing projects. 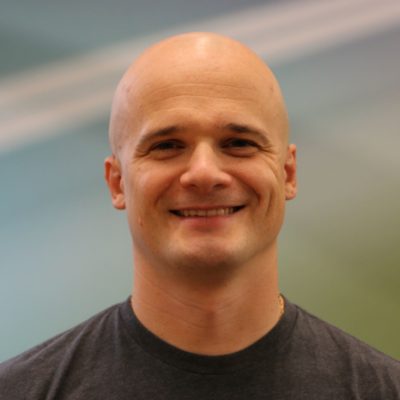 Denys Bulikhov
Denys is a former US Army paratrooper and parachute rigger with a Master of Science degree in Space Studies.

Currently working towards his PhD in Industrial Engineering (Human Factors in Aerospace) he is working under the Center of Excellence Partnership to Enhance General Aviation Safety, Accessibility and Sustainability (PEGASAS) for the FAA, and busy conducting academic research into space diving and limitations of emergency escape from altitudes above Karman line without a vehicle. 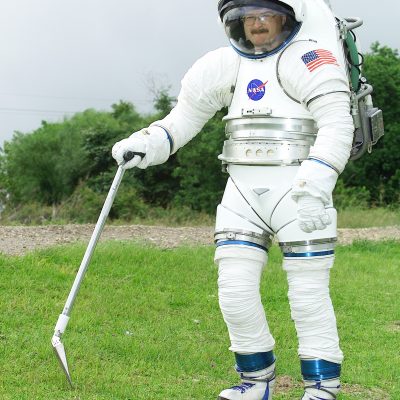 He received a Masters of Aeronautical Engineering from the Moscow Aviation Institute in 1986, and left Zvezda, as the lead space suit designer, in 2006

He is the Co-founder, Lead Designer and Chief Engineer of Final Frontier Design, a Brooklyn-based spacesuit company that was awarded a NASA Space Act Agreement in 2014. 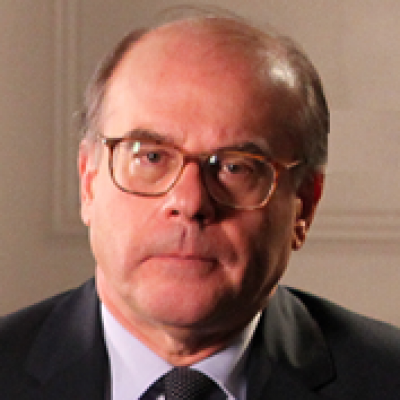 Tommaso Sgobba
Tommaso is Executive Director of the International Association for the Advancement of Space Safety (IAASS).

Working for the European Space Agency (ESA) from 1989 to 2013 Tommaso supported the developments of the Ariane 5 launcher and several earth observation and meteorological satellites; was responsible for flight safety including human-rated systems, spacecraft re-entries, space debris, use of nuclear power sources, and planetary protection; and was Product Assurance and Safety Manager for all European manned missions on Shuttle, MIR station, and for the European research facilities of the International Space Station (ISS).

Tommaso has published several books, articles and papers on space safety and is the inventor of the R-DBAS (Re-entry, Direct Broadcasting Alert System), designed to alert air traffic of falling fragments from uncontrolled space system re-entry.

He holds an M.S. in Aeronautical Engineering from the Polytechnic of Turin (Italy), where he was also professor of space system safety (1999-2001). He chaired the ESA ISS Payload Safety Review Panel for 10 years, and received the NASA recognition for outstanding contribution to the International Space Station in 2004 as well as the prestigious NASA Space Flight Awareness (SFA) Award in 2007. 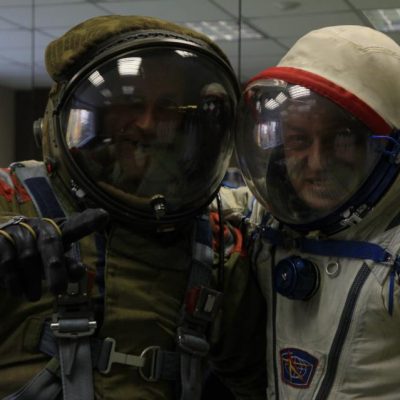 International Association for the Advancement of Space Safety (IAASS)

“Committed to furthering the international cooperation and scientific advancement in space systems safety the IAASS sees the FreeFly Astronaut Project as the next important step in the right direction toward advancing space safety science for future of human spaceflight, space tourism, and space exploration.”

“The objectives of the FreeFly Astronaut Project align with the mission and goals of the IAASS and we are pleased to give our encouragement and to offer expert input, support and assistance to the objectives of this scientific research project.”

“The IPC would like to express its unambiguous support for the latest endeavour of Mr Zipser, the FreeFly Astronaut Project.”

“I am convinced he is qualified to make this project a success.” 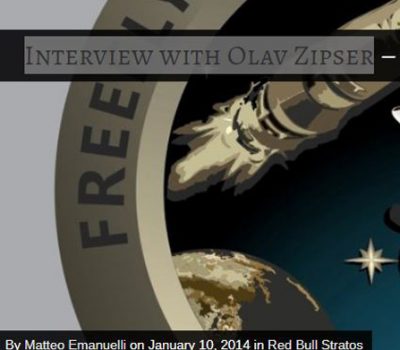 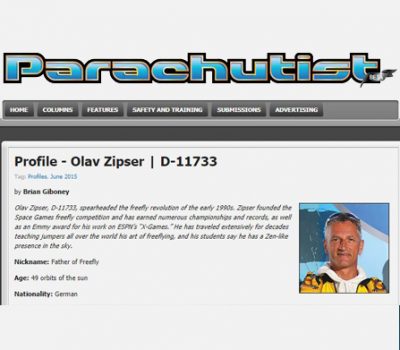 Olav Zisper Profile
PARACHUTISTONLINE
Olav Zipser, D-11733, spearheaded the freefly revolution of the early 1990s. Zipser founded the Space Games freefly competition and has earned numerous championships and records, as well as an Emmy award for his work on ESPN’s “X-Games.”
Read More 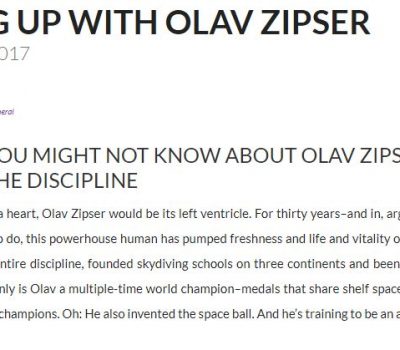 Catching Up With Olav
CYPRES AERO
If the sport of skydiving had a heart, Olav Zipser would be its left ventricle. For thirty years–and in, arguably, more ways than any other human has been able to do, this powerhouse human has pumped freshness and life and vitality out into the skydiving world.
Read More

Less than 600 people have been to ‘space’ since Yuri Gagarin made the first human orbital spaceflight back in April 1961 – to date only 24 humans have travelled beyond low-Earth-orbit.

Dennis Tito became the first fee-paying space tourist in 2001, and Mark Shuttleworth the second in 2002.  A total of seven private citizens have now paid between $20 and $40 million to travel with Ruscosmos atop Soyuz rockets to the International Space Station.

In 2004, flying separate flights in SpaceShipOne, Mike Melville and Brian Binne achieved the first privately funded and flown space flights, winning the US$10 million Ansari X Prize and becoming the first private astronauts in the process.

With SpaceX already delivering cargo to the ISS – and working towards manned missions to Mars within the next ten to twelve years – and with space tourism companies such as Virgin Galactic and Blue Origin already preparing to fly passengers to suborbital space, the discussion must now move towards ensuring the safety of the growing numbers of space travellers in this NewSpace era.

It would be naive to believe that the NewSpace era will evolve without incident and, in the absence of real data, estimates of passenger safety and vehicle reliability may be unrealistically optimistic. Current designs and thinking offer limited possibilities for survival in the event of space emergencies.

The lack of procedures and protocols for worst-case scenarios in launch, suborbital, and orbital space emergencies has already resulted in the loss of the lives of two space shuttle crews.

The world currently finds itself at a pivotal time in space exploration. Passenger safety is paramount, and it will play a major part in the sustainability of this new era of private spaceflight and space tourism.

Join us and be part of not only the world’s first true SpaceDive, but also the development of procedures, protocols, equipment & technology toward saving lives in this exciting era of private spaceflight and space tourism.

Limited information will be made publicly available.

More information will be provided to registered and approved community members.

An endeavour to fly Higher, Longer and Faster whilst developing the human capability, procedures, protocols, equipment and technology to enable future space travellers to return safely from high-altitude / low-Earth-orbit in the event of a space emergency.

Please direct all enquiries to: